Posted: 5 December 2015 | Michelle Hill (University of Queensland) | No comments yet

Cells, organs and organisms are complex biological systems consisting of inter-related components that co-operatively work to maintain function and respond to change. Malfunction of any component can lead to pathologies and disease, leading to system-wide changes and subsequent adaptation. Hence, the ability to study and predict system behaviour will considerably improve the selection of appropriate drug targets, and enable the prediction of any catastrophic side-effects prior to the actual drug development process… 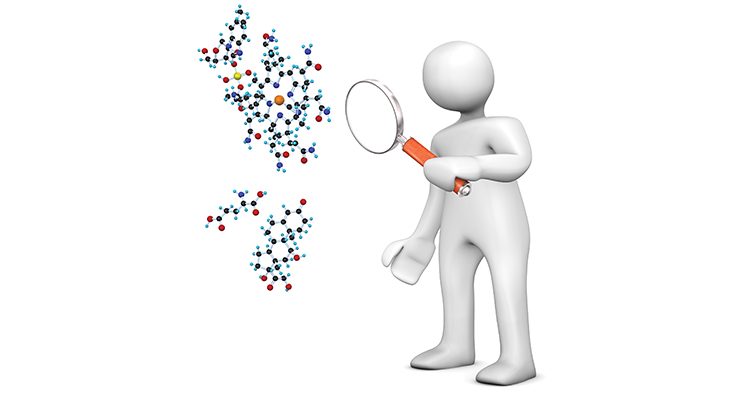 To use an analogy of a motor vehicle; the catalogue of available parts is like the genetic code (genome) which dictates the final product. Not all parts will be used in the manufacturing of a particular vehicle; a race car will use different parts to a van. The list of actual parts to be used is akin to the mRNA (transcriptome), while the actual parts used are similar to the proteins (proteome). Once the vehicles are assembled correctly, fuel and waste products are analogous to the metabolites required and produced by cells (metabolome). With completed sequencing of genomes and advancements in bio-analytical technologies, we can now efficiently measure all of the omics data, however, as with the motor vehicles, what is essential is the blue-print of how all parts fit together with respect to each other (the system). Successful application of systems biology and systems pharmacology approaches require multi-disciplinary collaborations between computational biology, engineering and bio-molecular analysts.

Mass spectrometry is a key enabling technology for the high-throughput measurement of the proteome and metabolome, the main active ‘parts’ and ‘outputs’ of the biological system. This article will review recent successes in the application of mass spectrometry and systems biology approaches in improving drug target identification and drug performance.

Traditional drug target identification workflows and drug development pipelines focus on a single target, or class of targets, based on known biology. As examples, kinases are common targets for cancer drugs since they are commonly mutated in cancers and neurotransmitter receptors are targets for neurodegenerative disease and psychiatric disorders such as depression. While this approach has some successes, it is not applicable to the majority of pathologies which do not have a single, underlying biological fault (e.g. gene mutation). Furthermore, complex pathologies such as neurological disorders are not readily responsive to single-target therapies1,2. And finally, mono-targeted therapies often lead to drug resistance, since the biological system re-wires to bypass the blocked drug target.

How can systems biology and mass spectrometry help to find better drug targets? Firstly, a blue-print of how the system is wired can be developed. Sequencing of individual genomes is now feasible using next-generation sequencing technologies. The genome provides a catalogue of all possible systems (cell types), while the actual transcriptome and proteome determines the final phenotype (neuron versus liver cell). Mass spectrometry is a key technology for the characterisation of proteomes and metabolomes. In addition to high-throughput protein and metabolite identification and quantitation, mass spectrometry-based protein-protein interactome analysis provides critical information for developing a map of how each protein component interacts within specific cell systems3. Furthermore, high resolution tandem mass spectrometry enables the high throughput detection and monitoring of post-translational protein modifications, which affects protein stability, localisation and function. Innovative proteomics and mass spectrometry methods for post-translational modification are continually being developed4. Since post-translational modifications are ‘biological switches’ in the system, the ability to measure and include this information is critical in a systems biology approach.

After acquisition of proteomics and metabolomics data using mass spectrometry, computational and mathematical models need to be developed to capture protein-protein interactions, post-translational modifications to proteins, and to organise the proteomics data into a correlated system. The metabolomics data which represent substrates and outputs of different proteins/pathways should be overlaid on the proteomics pathways. This map of the system then becomes the blueprint to understand the pathways altered in pathologies, which can lead to the identification of key nodes as drug targets. Importantly, in silico analysis can be performed to first understand the system-wide consequences of inhibiting selected drug targets, before any funds are spent on developing actual drugs and assays.

Recent works on anti-angiogenesis strategies have further incorporated multi-cell and multi-compartment models due to the involvement of several cell types and the importance of the tissue micro-environment in angiogenesis5. The systems biology approach requires up-front investment in characterising the system and establishing a robust computational model, in the hope of identifying the best drug targets from a thorough systems perspective, and reducing failures during later stages of drug development.

Systems biology and mass spectrometry can, respectively, help to predict and enable high-throughput analysis of potential off-target effects. The systems model can be used to generate in silico predictions of any unwanted system-wide effects in inhibiting the drug target. Targeted mass spectrometry methods, such as multiple reaction monitoring (MRM), can then be developed to measure a spectrum of parameters to ensure specificity and lack of off-target effects. Bioinformatic predictions of potential additional targets due to structural similarity can also be evaluated in silico and with targeted mass spectrometry assays. In addition, mass spectrometry can be used to experimentally evaluate system-wide effects including off-target. A recent study used quantitative proteomics and phosphoproteomics to evaluate the effect of MEK inhibitors on three tissues following administration of the drugs to mice7, and identified potential mechanisms of the unwanted side effect of oedema.

Drug resistance often develops against single-target drugs due to various escape mechanisms which may be difficult to decipher using traditional approaches. High-throughput proteomics and metabolomics in a systems analysis can be used to identify resistance mechanisms. Several recent studies illustrate this application. Canuto and colleagues utilised mass spectrometry coupled to three different separation methods to compare the metabolome of miltefosine-resistant with miltefosine-sensitive Leishmania8. The study identified an increase in the levels of amino acids as a possible adaptation mechanism. Analysis of the proteomic and pathways adaptations may provide additional clues on miltefosine-resistance. Parker and colleagues evaluated the mechanism of resistance to BRAF inhibitor in melanoma using phosphoproteomics and proteomics9. BRAF inhibitors such as vemurafenib and dabrafenib cause dramatic regression of metastatic melanoma, only for relapses to occur after several months10. Re-activation of the MAP Kinase pathway was detected using traditional western blotting approaches. This phosphoproteomics study identified additional pathways including IGF signaling, which could be considered for combination therapy. 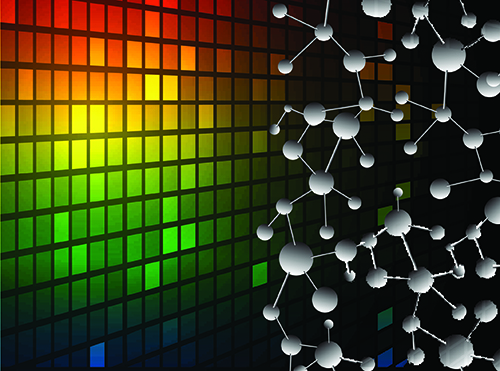 As an example of targeted mass spectrometry evaluation, Rebecca and colleagues examined adaptive resistance mechanisms to inhibitors of HSP90 and MEK in melanoma cells, using multiplexed MRM assays to quantify the expression of >80 key signaling proteins11. An advantage of targeted MRM assays over tandem mass spectrometry assays is the increased sensitivity, which was demonstrated by Rebecca and colleagues by successfully measuring signalling proteins in needle aspirates from melanoma lesions11.

The sensitivity of multiplex targeted mass spectrometry assays enable the translation of personalised medicine to the clinic, through measurement of biomarkers which indicate or predict response to therapies. The goal of personalised medicine is to deliver the right drugs to the right patients at the right time. This approach requires the identification of clinically useful biomarkers which can be easily measured. These biomarkers could be proteins within tumour tissues, as in the example of the HSP90 inhibitor response study by Rebecca and colleagues11, or surrogate biomarkers that can be easily sample in biofluids such as blood, urine and saliva. Although discovery proteomics in serum/plasma is highly challenging, due to the presence of high abundance proteins, recent studies have reported promising protein biomarker panels for predicting response to bevacizumab in ovarian cancer12, and to thalidomide in multiple myeloma13.

Metabolite profiles may also be useful surrogate systems biomarkers. Shah and colleagues14 found a panel of plasma metabolites to be predictive of adverse events following coronary artery bypass surgery. Kamleh and colleagues found elevated plasma free amino acid levels to correlate with severity of psoriasis, which was ameliorated by anti-tumour necrosis factor (TNF) therapy15. This data not only suggested potential biomarkers for diagnosis, but also for monitoring therapeutic response in psoriasis.

In summary, mass spectrometry is a key enabling technology for systems biology studies, allowing the simultaneous measurement of a large number of analytes. Movement to a systems biology approach in drug development heralds a change in focus, from single molecule or pathway analysis, to evaluation of the entire cellular or organismal system. Deployment of this global approach brings the hope of reducing off-target effects and increasing the success of drug development.

MICHELLE HILL obtained her PhD, BSc (Hon I) and BA from the University of Queensland (UQ) in Brisbane, Australia. Following postdoctoral positions in Switzerland, Ireland and Australia, she established the Cancer Proteomics Group at the UQ Diamantina Institute (UQDI) in 2009. Her multi-disciplinary research programme aims to translate research outcomes to patient benefits. She currently holds an Australian Research Council Future Fellowship, and is the academic leader of the Proteomics & Mass Spectrometry Core Facility of the Translational Research Institute (TRI), Brisbane, in which UQDI is housed.

By Michelle Hill (University of Queensland)