The relevance of homogeneous radiometric assays in modern drug discovery

In the past two decades, several alternative, non-radiometric assay formats have been developed for the high-throughput screening (HTS) of target classes such as protein kinases, which were previously screened using radiometric assays. Radiometric screening (and the expertise to perform such HTS) has thus declined in recent years… 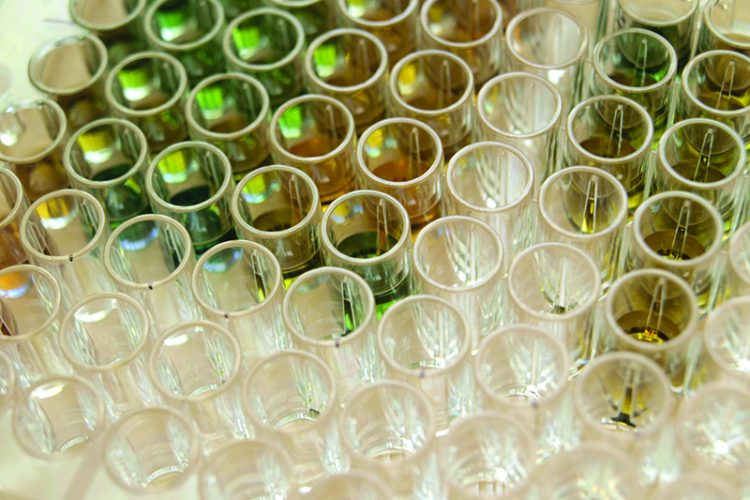 Radiometric assays measure the binding, incorporation or release of radioactive components in an enzymatic or binding reaction. Although non-radiometric alternatives are increasingly used, they are still the mainstay assays for some special applications such as extremely sensitive, rapid, reliable and robust determination of enzyme activities in crude cell lysates1 or amino acid uptake by living cells2. All of the initial radiometric assays were non-homogeneous assays, requiring the separation of substrate and product or bound and free ligand. This separation was usually undertaken by low-throughput methods such as thin-layer chromatography or filtration.

For decades, filter binding assays have been used to assess protein DNA binding, receptor binding and kinase activity, especially under more demanding assay conditions, e.g., using crude tissue homogenates, cell membrane fragments or cellular extracts. Filter-based assays are not susceptible to interference from fluorescent or quenching compounds. Due to the filtration step they are not homogeneous, but still automatable both in 96 well and 384 well plate format and thus somewhat useful for HTS. Filter-based kinase assays are suitable both for phosphorylation of proteins (precipitation onto glass fiber membranes) and for phosphorylation of peptides (capture onto phosphocellulose membranes). Filter-based assays are still the gold standard for some target classes, e.g., for protein kinases3, histone acetyltransferases4 and methyltransferases5.

More recently, a few homogeneous radiometric assay methods have been developed, for example scintillation proximity assays (SPAs) and flashplate. The bead-based SPA is a mix and measure format, fully automatable in 96 well, 384 well and even 1536 well plates, thus rendering many target classes amenable to high-throughput screening. In the past two decades, many homogeneous radiometric methods have been replaced by non-radiometric alternatives in order to avoid the safety requirements and the cost for disposal of radioactive waste. The question arises if radiometric assays, especially the SPA, are still relevant for modern drug discovery.

SPA beads are luminescent beads that are spiked with a scintillator or consist of a scintillator. The outside of the bead is modified to specifically capture a radiolabelled assay reaction product. The emission of light from the beads is highly distant dependent, and thus only occurs if the radiolabelled product is directly bound to the bead. Thus, SPA is a versatile homogeneous assay format for many target classes. Examples of SPA assays from the literature include competitive receptor binding assays, protein kinase assays, protein methyltransferase assays6,7,8, protein demethylases9,10, RNA methyltransferases11, DNA methyltransferases12, histone deacetylases13, farnesyl transferases14, geranylgeranyl transferases15, GPCR (35S GTP exchange assay 16), DNA binding proteins17, tRNA synthetases18,19, Stearyl-CoA desaturase20, phosphodiesterases and many more targets. Despite this high flexibility, the use of SPA assays has declined due to the non-radiometric alternative assay formats that are now available for many of the above-mentioned target classes. 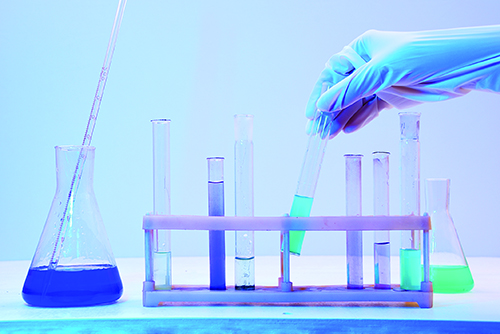 A unique advantage of SPA with respect to competitive binding assays has been reported21:  Heise et al. used SPA to screen for slow-dissociating non-peptide antagonists of a receptor, in this case the gonadotropin-releasing hormone receptor, and determined kinetic rate constants in a high-throughput mode. In contrast to filtration binding, the SPA does not have a fixed termination end point. Therefore a series of successive readings can be taken from the same plate until equilibrium is reached (to provide the optimal measurement result, the radiolabel and test compound should be incubated with the receptor until the equilibrium is reached, for a period of time that corresponds to four times the dissociation half-time of the slower species). Compound dose-response curves will shift over time until the equilibrium is reached and slowly dissociating compounds display a more pronounced shift in Ki over time.

Interestingly, hits obtained from radiometric screens appear to be generally more readily progressed through the later stages of drug discovery. This may be due to the nature of the radioactive label which replaces a natural part of the ligand respectively substrate instead of adding a bulky fluorophore or other detection group. Thus the binding and kinetic properties of radiolabelled ligands or substrates are comparable to their natural counterparts. An example is a Rab geranylgeranyltransferase assay that revealed different hit profiles when either a fluorescently labelled or a radiolabelled substrate was used. Only the hits from the radiometric assay were active in the cellular secondary assays22.  The company Sirtris developed activators of the histone deacetylase SIRT1 using a fluorophore-labelled substrate for HTS. The hits of this screen failed later in drug development, because these compounds were not at all active against the natural substrate 22.

In addition, highly sensitive spectrophotometric assays such as AlphaScreen may also be very sensitive towards compound interference and give a high false positive rate, where the true hits need to be selected from the false positives using SPA or some other assay6,24. Fluorimetric assays with fluorescently-labelled substrates, antibodies and tracers can be highly susceptible to interference from fluorescent compounds26,27. This interference may be reduced, but not completely eliminated by using higher fluorophore concentrations or red-shifted fluorophores. 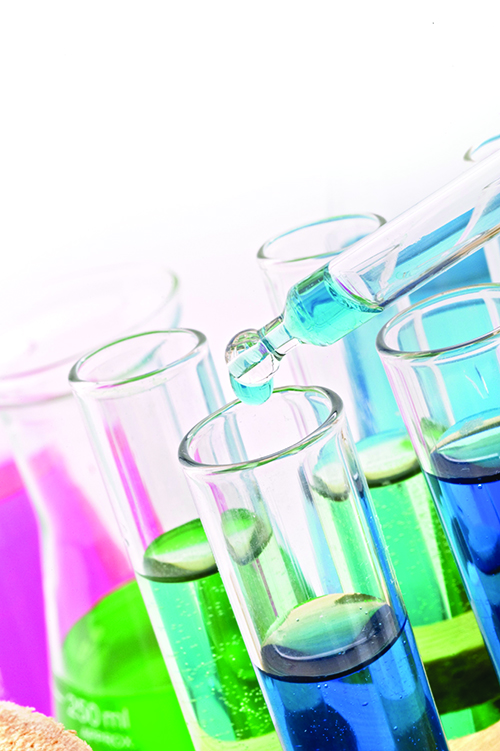 Radiometric assays such as SPA display a lower rate of false positives due to compound interference27, e.g., by compounds that absorb the emitted light. This rate can be further decreased by using plates with clear bottoms with detection of luminescence from below, thus reducing the influence of compounds in the supernatant.

An even lower rate of false positives has been reported for a TR-FRET tyrosine kinase assay24, due to the ratiometric readout. Despite this, the authors recommend either SPA for primary screening (or both SPA and TR-FRET) because they had observed 10% false negatives with TR-FRET due to compound interference. Assay formats with coupled enzymes are particularly prone to compound interference due to the inhibition of coupled enzymes (e.g., ATPGlo and ADPGlo for kinases).

To deal with false positive hits, a screening strategy employing secondary assays is usually needed; depending on the format employed in the primary HTS, this may be more or less laborious. In simple enzymatic assays, interfering compounds can easily be sorted out by adding compounds to the stopped reaction. In SPA, which has a lower rate of false positives, this type of counter screen may not be required, thus saving time and cost. The impact is especially high for drug discovery units that use compound pools for primary screening: interference by one compound could mask the real effect of another. A comparison between radiometric and non-radiometric assays for protein kinases and their hit profiles has been provided3, 27.

In spite of the availability of many non-radiometric assay formats, homogeneous radiometric assays such as SPA still have some advantages and should be considered as an assay format for primary screening. Radiometric assays are a direct method, where the radioactive label is directly used for detection and therefore, fewer components are required for the assay.

The binding and kinetic properties of radiolabelled ligands and substrates are comparable to the properties of their natural counterparts, in contrast to ligands or substrates labelled with fluorophores or other spectrophotometric detection groups.

The assay development for some of the newer radiometric assay formats such as SPA may be shorter than for non-radiometric methods: antibodies are not needed for most SPA assays and radiolabelled substrates and ligands for several target classes are commercially available. Also, most radiometric assays display a low rate of compound interferences. Lastly, assays like SPA are a broadly accepted homogeneous alternative for radiometric filter binding assays which are still the gold standard for some target classes such as protein kinases and protein-methyltransferases.

It should also be noted that radiometric screening requires highly specialised expertise and equipment to achieve the throughput required, thus, outsourcing to contract research organisations specialising in radioactive screening may be an option for many drug discovery units if they decide to use a this assay format for HTS.

DR. GABRIELE SORG is Group Leader, Screening, at Hit Discovery Constance GmbH. She holds a PhD in Natural Sciences, is Project Management Professional (PMI) and certified in business competance (EBCL A and B). She has long-term experience as Laboratory Head HTS and as Project Leader of international project teams in Drug Discovery and Clinical Research (ALTANA, Nycomed, Biotest).