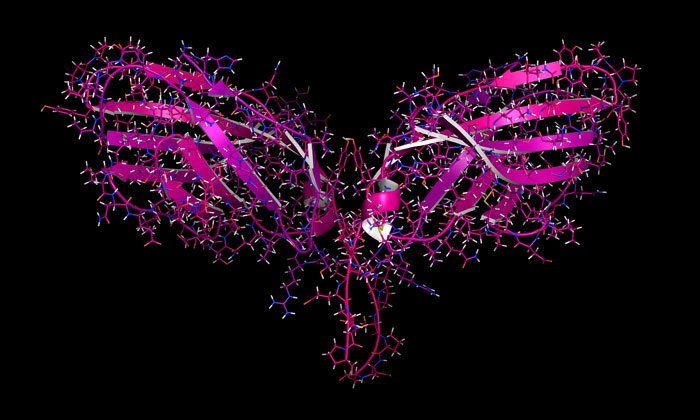 What are the clinical applications of bispecific antibodies?

There are currently more than 50 bispecific antibody products in clinical evaluation and probably several times that number in preclinical stages of development. The lion’s share are being evaluated in cancer, which is not surprising given the history of the field that evolved around the observation dating back to combination chemotherapy that multitargeted approaches are required for greater therapeutic efficacy.

One of the earliest bispecific clinical approaches in the cancer immunotherapy field emerged from the observation that a bispecific antibody could recruit T cells for tumour cell-directed cytotoxicity. Beyond oncology, there are also some promising bispecific antibody approaches for other clinical indications. Take Chugai’s factor VIIIa surrogate haemophilia drug emicizumab, as an example. This bispecific crosslinks Factor IXa and Factor X, and thereby mimics the natural function of Factor VIII. Emicizumab is currently being evaluated in phase III and could well become the first non-cancer bispecific to reach the market.

Can you describe the process by which bispecific antibodies are designed and synthesised, and how they are then classified?

With over 80 different bispecific formats in the literature, each with its own specific functional characteristics and manufacturing requirements, I’m not sure such a thing as one process exists any more. The common principle in designing them, though, is making first and foremost the choice of which set of targets the bispecific antibody should address. The ‘recruit T cells’ idea has partially dominated the field for a long time, but with the rise and greater diversity of immuno-oncology approaches, the playing field has widened significantly. Therefore, classification can be difficult. However, one concept is to divide the sector into three major protein formats: fragments, symmetric and asymmetric antibodies.

At Pieris, we generate bispecific and multispecific cancer immunotherapeutics by combining monoclonal antibodies or antibody Fc regions with one or more non-antibody target-binding scaffolds called anticalins, which are 16-18 KDa modified derivatives of natural secreted human binding proteins called lipocalins. This platform allows for the generation of very different molecular geometries and, therefore, drug candidates with varying functionalities and target specificities. In essence, our approach merges elements of both antibody and fragment-based bispecific platforms.

Can next-generation products such as bispecifics really compete against other, well-established antibody drugs?

Currently, two bispecific antibody products are approved and on the market: Catumaxomab, which is arguably a niche product, and blinatumomab, which roughly two-years into its product life cycle just passed USD100m in annual sales. Furthermore, as previously stated, there are more than 50 molecules in clinical trials, so in some ways that question is a rhetorical one.

The key questions for the drug class ‘bispecifics’ will be: can bispecifics consistently deliver on their promise to show a new biology, something monoclonals cannot do even in combination? Will safety profiles be acceptable in a sufficient number of these cases? And can a majority of these products be manufactured at reasonable cost? I think this will define the trajectory of the segment in the foreseeable future.

What would you say are the main challenges to developing bispecific antibody drugs?

Manufacturing has traditionally been the key challenge. The first generation of technologies – the Quadroma approach – produced mixes of many different antibodies and purifying the one you wanted was complex and costly. Technologies such as Genentech’s knob-into-hole system have done a fair job of overcoming these challenges. The industry now appears to be closing in on at least solving the major mispairing issues or, alternatively, simply avoiding them altogether by letting other molecules bring in the second specificity. With greater complexity of therapeutic approaches, safety profiles will continue to be something to watch carefully. Bispecifics are, after all, introducing molecules to the human body that it has never seen before.

What do you think the future holds for bispecific antibody technologies and therapeutics?

The idea of an artificially constructed bispecific antibody was born in the last century, interestingly not much later than the idea to develop traditional monoclonal antibodies as human therapeutics. Their development has been challenged by the greater technical complexity in producing them relative to their monospecific counterparts. The industry has managed to tackle many of these challenges by assembling bispecific molecules in smarter ways. For example, by preserving the basic antibody structure using natural heavy and light chain pairs with distinct specificities, or in some formats by introducing a second specificity through internal sequence modifications without structurally changing the original monoclonal antibody molecule. The future will see an even more diverse set of uses for bispecific antibody approaches as scientists continue to exploit innovative engineering technologies to address the novel drug targets that are being discovered and validated in the immuno-oncology field. So what we see today on the market and in the clinic will hopefully be the tip of the iceberg of things to come for the sector.

2B7 antibody could be the breakthrough needed for dengue fever therapies