Antibody Discovery Technologies: the partnership between academia and biopharma in the therapeutic monoclonal antibody success story

The use of monoclonal antibodies and antibody-based molecules as therapeutics to treat patients suffering with severe disease has become a major success story. Due to the exquisite specificity with which they interact with their antigen and the fact that their large binding surface can intervene at sites and targets not amenable to small molecules, antibodies now represent a significant weapon in the fight against disease. 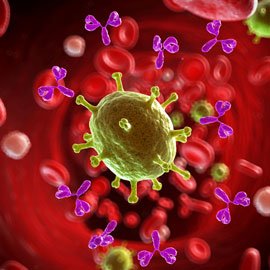 It is now 39 years since the hybridoma method to produce monoclonal antibodies was published by Kohler and Milstein1 and 28 years since the FDA approved the first monoclonal antibody drug, Muromonomab, for transplant rejection. The approval of this murine antibody did not open the floodgates for other antibody-based therapeutics because of the problems of immunogenicity and infusion reaction associated with the use of non-human antibody sequences. It was not until technological advances including chimerisation2 and humanization3 were developed that the therapeutic potential of antibodies began to be realised. In 2013 five out of the top 10 best selling drugs were antibody based, including Humira®, the top seller4. Today, more than 35 antibodies have received FDA approval for use as therapeutics and many more are currently in development5, 6. Thus, the success of the monoclonal antibody drug class has been driven by a series of technological advances not only in methods for the discovery of specific functional antibodies, but also in techniques to reduce their immunogenic potential, modify their potency and safety and to increase their production and manufacture. Many of these technological advances owe much to the innovation and creativity of academic researchers in conjunction with the ability of BioPharma to optimise, scale-up and commercialise the resulting biological medicines. Thus the combination of academia and biopharma has proven successful in establishing methods efficiently to discover and develop high quality antibodies. The next wave of antibody drugs are likely to be against much more challenging targets such as ion channels, GPCRS and transporters or to require activity against multiple epitopes or antigens and so require more complex formats. Even closer collaboration between academia and biopharma will be essential to deliver this next generation of antibody-based drugs…

Table 1 shows the major methods of monoclonal antibody discovery in use today, and references some of the early academic influences. In general, methods can be divided into either immunisation dependent, or immunisation independent techniques.

The hybridoma technique, the production of antibodies through the fusion of a specific antibody producing B cell with an immortalised myeloma cell, can be considered the single most important development in antibody discovery1. This transformational technology was developed at the MRC Laboratory for Molecular Biology (LMB), Cambridge University, UK, and gradually became widespread through academia. During the 1980s, when the potential of monoclonal antibodies as therapeutics began to be understood, biopharma also adopted the technique. Although still widely used today, hybridoma formation is not an efficient process because the vast majority of fused cells do not survive the process7. It also has the disadvantage of being restricted to those species of B-cell for which a suitable myeloma fusion partner exists.