The ethics of three parent babies has been widely debated – should it be used to save children from deadly mitochondrial diseases or are scientists “playing God”? Here’s everything you need to know to decide… 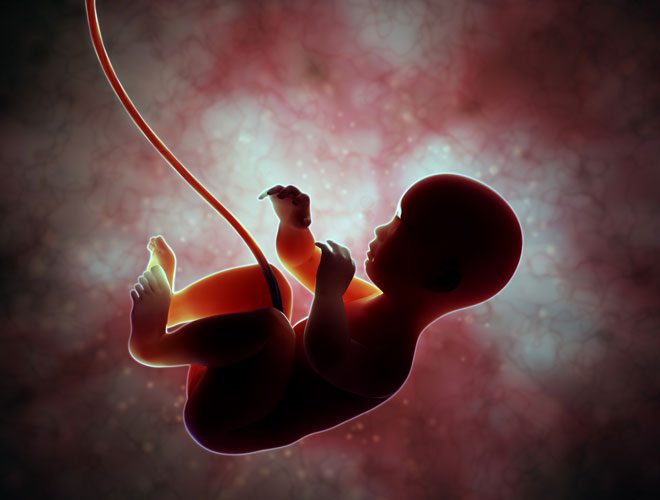 In 2015, the UK government controversially approved three parent IVF, becoming the first country to legally investigate mitochondirial donation, following approval of The Human Fertilisation and Embryology Regulations. In September of this year, the first three parent child was born via mitochondiral donation – a special form of in vitro fertilisation (IVF) in which a future baby’s mitochondrial DNA comes from a third party, and is combined with mother and father DNA before being implanted into the mother’s womb.

This technology is rapidly progressing, causing widespread discussion on the ethics and social concerns of such a procedure. Although the donor egg is said to contribute only 1% to the genetic makeup of the child, when examining the genetic material of these children there are still three identifiable genetic parents, which opponents to the technology argue could cause the child psychological and physical damage, with many insisting that scientists are “playing God”.

How three parent babies are made

There are two different types; spindle transfer and pronuclear transfer which are shown in the graphics below. The first three parent baby was born via spindle transfer. Watch the video below to find out how!

So why do we need this procedure in the first place?

Every year, about one in 200 children are born with faults in their mitochondrial DNA, which can cause diseases. Mitochondria are small structures that sit inside cells providing them with energy.

How do the diseases affect people?

Mitochondrial diseases tend to strike in childhood and get steadily worse. They often prove fatal before adulthood. The parts of the body that need most energy are worst affected: the brain, muscles, heart and liver. Conditions include Leigh’s disease, progressive infantile poliodystrophy and Barth syndrome. Faulty mitochondria have been linked to epilepsy and diabetes

OPINION: Commenting after the government approved three parent IVF in 2015, Sally Cheshire, chairwoman of the Human Fertilisation and Embryology Authority, said, “Britain is the first country in the world to permit this treatment, and it is a testament to the scientific expertise and well-respected regulatory regime that exists across the UK that Parliament has felt able to approve it. The HFEA now have to develop a robust licensing process, which takes into account on a case by case basis the technical and ethical complexities of such treatments to ensure that any children born have the best chance of a healthy life.”

Mitochondria are not completely understood, and the DNA they hold might affect people’s traits in unknown ways, leading some scientists to want further research before the procedures become common place. Several prominent religious groups have spoken out; The Church of England says it is not opposed in principle, but wants to see more scientific research and debate on the ethics, safety and efficacy.Mitochondrial transfer passes on genetic changes from one generation to another. That raises ethical concerns because any unexpected problems caused by the procedure could affect people who are not yet born, and so cannot give their consent to have the treatment.

Back to basics: Two parent in vitro fertilisation process:

Can make medicines used in the next stages of treatment more effective, can be taken as a daily injection or as a nasal spray.

A daily dose of follicle stimulating hormone (FSH), a fertility hormone, is introduced.

Benefits of FSH: FSH increases the number of eggs your ovaries produce meaning more eggs can be collected and fertilised, giving a greater choice of embryos to use.

Vaginal ultrasound scans to monitor your ovaries and, in some cases, blood tests are used to monitor the progress of the treatment. About 34-38 hours before the eggs are due to be collected, a final injection helps them to mature.

After sedation, the eggs are collected using a needle passed through the vagina into each ovary. This is completed with ultrasound guidance and the entire procedure takes about 20 minutes. Some women experience cramps and small vaginal bleeding after this procedure.

After the eggs have been collected they are mixed with the partnering sperm in a laboratory. Then, after 16-20 hours, they are checked for fertilisation. The best one or two embryos are transferred to the womb within six days.

The embryos are transferred into the womb via catheter. The number of embryos that will be discussed before treatment starts and usually depends on age.

The National Institute for Health and Care Excellence (NICE) published fertility guidelines recommending who should have access to IVF treatment. According to their site, IVF should be offered to women under 40 years of age who have been trying to get pregnant through regular unprotected sex for two years, or who have had 12 cycles of artificial insemination. The final cut off point for women is 42.

However, the final decision about who can have NHS-funded IVF in England is made by local Clinical Commissioning Groups (CCGs), and their criteria may be stricter than those recommended by NICE. IVF can be available from a private clinic and whilst costs vary, one cycle of treatment can set you back over £5,000.

The full list of guidelines can be found here

The graph below shows that the average IVF success rates using own eggs starts to drop at about 30 and drops faster in the mid 30s and early 40s. This drop is caused by decreasing egg quantity and quality. Live births are rare at age 44 and above using the female partner’s eggs.

In 2013 (the year for which the most recent data is available) women having IVF using fresh embryos created with their own fresh eggs, the percentages of cycles started that resulted in a live birth were: There are serious risks associated with IVF treatment including multiple births

Few IVF treatments results in full term pregnancy and it can be both physically and emotionally demanding.

There are a number of health risks involved, including:

#HiddenFaces Never being called mum; never feeling like a real woman; that is the pain of never: Jessica Hepburn

The National Institute for Health and Care Excellence (NICE)