The toxicity and antiviral properties of 24 low-molecular-weight artificial RNases (artRNases) including peptides, peptidomimetics, N-alkyl-substituted 1,4-diazabicyclo[2.2.2]octane (DABCO) and a silver (I) complex with cystine were analysed for viruses containing single-stranded and double-stranded genomic RNA (the tick-borne encephalitis virus; TBEV and the influenza virus, respectively) in vitro and in vivo by both conventional methods and biosensor-mediated label-free optical detection. 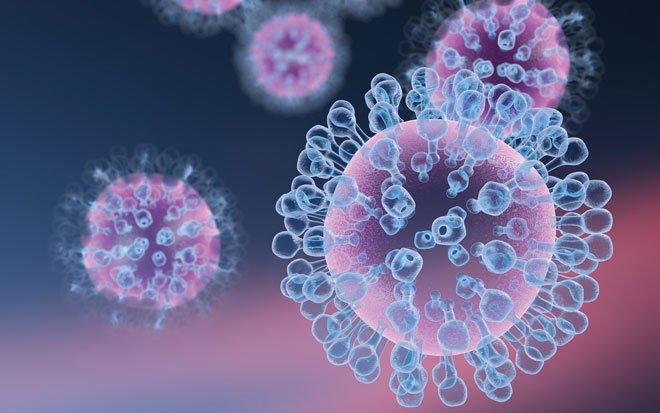 The biosensor was based on long-range surface waves on a one-dimensional photonic crystal surface in microfluid channels, which was able to detect binding of the viruses and their host cells with antivirals. Screening of toxicity of the artRNases in vitro showed that the most toxic were DABCO derivatives (cytotoxic concentrations СС50=0.0001-0.5 мМ), whereas peptides were less toxic (СС50=0.02-10 мМ).

Toxicity of the artRNases in mice appeared to depend on the route of administration, with the highest permissible doses after multiple peroral administrations. Complete cleavage of total RNA isolated from the infected cells – and only partial degradation of the viral RNA in virions or inside infected cells in the presence of the artRNases without qualitative and quantitative changes of the viral protein antigens – were found. Antiviral properties against the TBEV were revealed only for DABCO derivatives with remaining infectivity. Comparison of conventional methods to estimate toxicity and antiviral properties versus the label-free real time optical detection allowed us to suggest a high-throughput screening of new drugs.

Since spontaneous mutagenesis and quasispecies rearrangements of RNA-containing viruses, as well as an absence of both viral and cellular RNA reparation systems, cause a virus to become resistant to originally effective antiviral drugs, combined therapy with inhibitors of viral enzymes and immunomodulators is recommended1,2,3. Specific immunoglobulins do not ensure complete virus elimination but rather may cause antibody-dependent enhancement of flavivirus infection by means of increased penetration of complexes of virions with specific antibodies into cells with receptors for Fc-fragments of immunoglobulins. Currently, the high mutation rate of RNA-containing viruses exceeds the limited repertoire of available antivirals. Therefore, a search for novel medications for combined therapy of viral infections or for inactivated vaccines remains a public health concern1,2,3.

The universal molecular target of the RNA-containing viruses is their genomic RNA. However, the natural protein RNases ubiquitous in body fluids cannot penetrate into either host cells or enveloped viruses despite the wide range of their molecular weights from 12 to 150 kDa4 and are therefore excluded from consideration as potential drugs. The protective role of RNase in milk against retroviral infection has been envisaged4. RNA-containing orthomyxoviruses seem to be sensitive to the elevated levels of RNases in blood5. Therefore, research into artRNases capable of penetrating virions and cells remains relevant6-21.

Unspecific artRNases include both metal-free compounds and complexes of transition metals (Cu2+ 6, Zn2+ 7, Ln3+ 8, Eu3+ 9) with organic ligands, biogenic amines10, some peptides11-12 and other low molecular weight organic compounds13-15 capable of cleaving phosphodiester bonds of certain dinucleotides (CpA and UpA). Site-specific artRNases are based on antisense oligonucleotides16, 20 and ribozymes17-19. The artRNases can inactivate non-enveloped RNA-containing viruses21. Our aim was to compare the toxicity and antiviral properties of the artRNases against the enveloped RNA-containing viruses using conventional approaches and microfluidic optical detection.

The artificial RNases had been synthesised as previously described11-13. Their structures were confirmed by means of infrared, ultraviolet light, nuclear magnetic resonance spectroscopy and data of element analysis.

Total RNA were isolated from control and infected cells22. Isolated RNA before and after incubation with the artRNases were analysed by electrophoresis in SDS-agarose gels with subsequent ethidium bromide staining.

ArtRNases were dissolved in RNase-free sterile de-ionised water immediately before use. The isolated total RNA (5-10µg in 5µl) was incubated with 5µl of the artRNase solutions at 37°C for one hour. Following this, reaction products were assayed in reverse transcription with random N6 primers with subsequent real-time polymerase chain reaction with SyberGreen I and primers specific to the influenza A virus: InAA-F 5′- TCTGTCTGGCTCTCGGCC -3’ and InAA-R 5′- GATTGTTGCATATTTTCCCCG-3’, as well as primers and fluorescent hydrolysis probes specific to the TBEV: TBEVF 5’-YTTCAGACAGGAACCAACAC-3’; TBEVR 5’-CAGTTYCTCARGTCAGTGAC-3’ and TBEV-probe 5’-FAM-CATGGCGGTCCACACTGACCAAA-BHQ1-3’.

Photonic crystal (PC)25-27 (http://pcbiosensors.com) was sonicated and treated in plasma cleaner. Functionalisation of the PC included 0.1mg/ml polyallylamine (pAA) 65 and 0.1% glutaraldehyde. Following the baseline stabilisation, solutions of proteins or artRNases as well as cellular or viral suspensions were added in a microfluid channel of the biosensor.

Subsequent 10-times dilutions of the artRNases solutions were added in quadruplicate in 48-well plates with the monolayer cells. To estimate toxicity two methods were used: MTT and label-free biosensor detection.

The fresh solutions of the artRNases were administered into adult mice (of ICR strain) in three ways:

Toxicity of the artRNases in mice was estimated on the basis of lethality as well as external signs such as body mass reduction, inflammation, physical activity, behaviour, absence of tremor, paresis, spasms and convulsions compared with control animals during the 20 days following administrations of the artRNases. Maximal nontoxic doses corresponded to half doses of the artRNases which did not cause noticeable consequences in the mice.

MDCK cells were infected with the influenza virus according to reference 28. The virus was detected using haemagglutination test24, ELISA 23 and reverse transcriptase-PCR.

The freshly prepared solutions of the artRNases were added to wells with confluent monolayers of MDCK cells two hours before or after their infection with the influenza virus or TBEV. Microscopic observations of cytopathic effect caused by the viral infections continued over 48 hours29.

The solutions of the artRNases were administered perorally in adult mice. Both single and multiple administrations according to prophylactic and therapeutic schemes were performed. The treated and infected mice were observed for 21 days post-infection. Continuous variables were compared using Student’s t-test30. A P value of <0.05 was assumed to be significant. 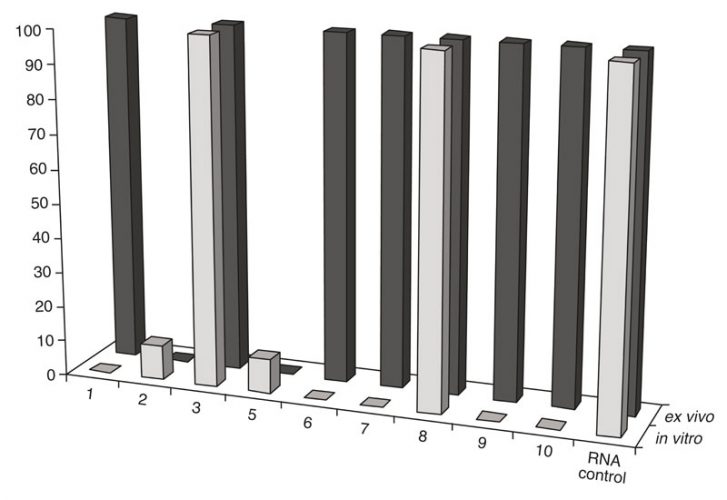 Figure 2: Comparison of RNA cleavage activity of the artRNases after their incubation in vitro with the isolated TBEV RNA and ex vivo (in purified extracellular virions)

The design, synthesis and estimation of nuclease activity of 24 artRNases have been previously described11-13; 31-33. They include peptidomimetics based on 1,12-diaminododecane and natural (lysine, serine and glutamine) or artificial amino acids1-5; peptides – methyl ester of dipeptide Lys-His6 and decyl ester of pentapeptide Lys-His-Phe-Leu-Gly7; 1,4-diazabicyclo[2.2.2]octane (DABCO) with different linkers8-12 as well as water-soluble silver (I) complex with cystine Li+[Ag+2Cys2–(OH–)2(NH3)2] (part of them is shown in Figure 1).

The most toxic compounds for four tissue cultures appeared to be DABCO derivatives with CC50 in a range 0.0001-0.5мМ (Table 1). CC50 values for peptides and peptidomimetics were 0.02-10мМ (Table 1). In vivo toxicity appeared to depend on the route of administration. One should note that multiple peroral administrations of the artRNases were not toxic for adult mice. Discrepancy between toxicity of the compounds in vitro and in vivo might be explained by their accumulation in organs of mice and different detoxication mechanisms.

Exhaustive cleavage of both cellular and viral-isolated RNA was revealed for one peptidomimetic 1 (A-336), both peptides6-7 and two DABCO derivates9-10 after their incubation with 1mM solutions of the artRNases for two hours at 370C (Figure 1). Full degradation of the influenza virus RNA only within extracellular virions required additional incubation for three hours. However, the TBEV RNA in virions was degraded only in the presence of the peptidomimetics 2 and 5 (Figure 2). Neither cellular DNA nor viral antigens were damaged after incubation with the artRNases, as shown by means of the biosensor-mediated optical detection (Figure 3), ELISA, hemagglutination test and real-time PCR. 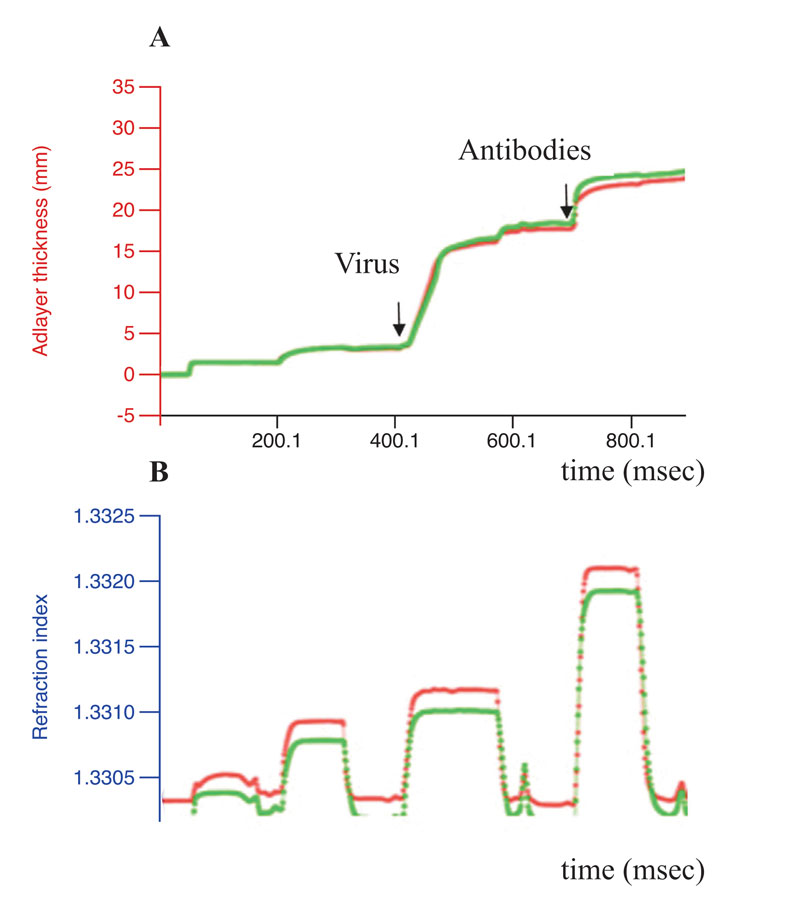 The artRNases inhibited the influenza virus more efficiently than the TBEV, perhaps due either to differing permeability of the viral envelopes or distinct secondary structures of the genomic RNA and their encapsidation. TBEV inactivation was not complete. Difference between the virus titers before and after treatment with the artificial RNases were 2-3 lg TCID50.Therefore, the approach cannot be recommended either for vaccine preparation or for TBE treatment.

Taking into consideration the relatively low toxicity and evident anti-influenza virus properties with RNA as a new molecular target, one could conclude that the novel low-molecular-weight RNases without immunogenic and allergenic activities might be used for an inactivated vaccine preparation and for combined therapy of influenza. The presence of both viral RNA cleavage fragments and protein antigens in native conformations might induce a balanced protective immune response. 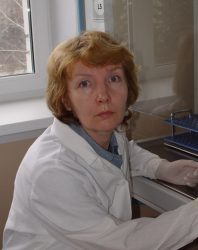 Olga V. Morozova graduated from the Novosibirsk State University in 1984. Her PhD thesis in 1991 was devoted to tick-borne encephalitis virus replication using affinity modification. She is currently the leading Researcher of Federal Centers. Her scientific interests include molecular typing of RNA-containing viruses and analysis of antiviral drugs. Olga V. Morozova can be contacted at: omorozova2010@gmail.com; tel: +7(916)4212628. 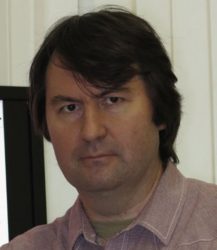 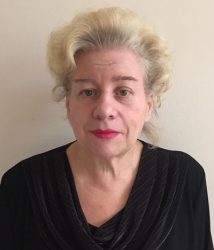 Elena I. Isaeva works at D.I. Ivanovsky Institute of Virology of the Federal Research Center of Epidemiology and Microbiology of N.F. Gamaleya of the Russian Ministry of Health in Russia. 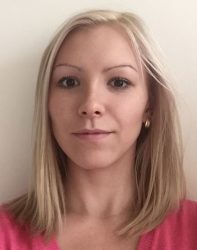 Ludmila S. Koroleva and Vladimir N. Silnikov are based at the Institute of Chemical Biology and Fundamental Medicine of the Siberian Branch of the Russian Academy of Sciences in Russia.

Related organisations
D. I. Ivanovsky Institute of Virology, Federal Medical and Biological Agency of the Russian Federation, Siberian branch of the Russian Academy of Sciences

D. I. Ivanovsky Institute of Virology, Federal Medical and Biological Agency of the Russian Federation, Siberian branch of the Russian Academy of Sciences