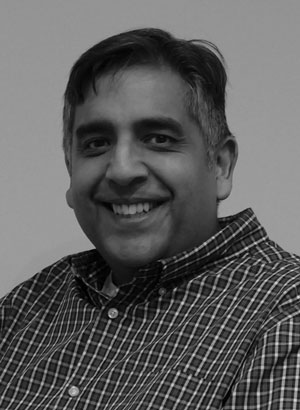 Can you give an overview of Affimer technology?

Affimer® biotherapeutics are based on the human protein Stefin A, which is a potent cysteine protease inhibitor and mainly found within the cell. It is a small, simple protein of ~12 kDa, with no disulphide bonds or other modifications such as glycosylation. We have found that we can engineer two peptide loops into the surface of the molecule to make vast libraries of molecules which can be quickly screened using phage display against a target of interest, such as a protein target that may be involved in a disease mechanism. We can use these binders either as reagents for diagnostics or as biotherapeutics.

How is Affimer technology different to other biotherapeutics?

Currently, the biopharmaceutical industry is dominated by monoclonal antibodies (mAbs) and they have been very successful in the treatment of a wide variety of diseases, especially in oncology. but mAbs have limitations: primarily they can only hit one target and they are large molecules, which can impact on tissue penetration. Affimer biothera peutics could address some of these short comings: they are small and would only be half the size of a mAb, even if made as an fc-fusion to gain other effector functions such as half-life extension or cell killing. We can also multimerise the scaffold to make dimers, trimers and tetramers, therefore addressing more than one target for improved efficacy.

What is the potential for Affimer biotherapeutics in drug discovery?

Affimer biotherapeutics have a lot of potential as a drug discovery platform. Phage display allows us to quickly identify binders to targets of interest and their simple structure allows for the high level production in E. coli so that we can easily characterise the binders. We have found that we can easily manipulate them to make fc-fusions, multimers, or introduce an additional cysteine residue for chemical modification. The ability to easily chemically modify the molecule allows the addition of drugs to enhance targeted cell killing or PEG to increase the serum half-life. This flexibility will allow us to generate a range of drugs to test pre-clinically and to design the best molecule to progress into the clinic.

What is the most exciting therapeutics project you are currently working on?

We are currently focused on a class of targets called immune checkpoint (ICP) inhibitors, which are involved in the regulation of the immune system. Many cancers hijack these pathways to mask themselves from the immune system and so spread throughout the body. By targeting these pathways, for example blockading PD-1/PD-L1 using a mAb or Affimer, you can reactivate the patient’s immune system to attack the cancer. We have already identified single digit nM inhibitors of PD-L1. We plan to generate binders to other ICP and then combine them with our PD-L1 inhibitor. Targeting two pathways in a single molecule could potentially lead to a better clinical outcome for patients. As well as our in-house immuno-oncology programme we are also collaborating with partners such as Moderna Therapeutics, D’Liver, Blueberry Therapeutics, Phoremost and with Leeds University in areas including blood clotting disorders, antibiotic resistance, phenotypic drug discovery models and messenger RNA therapeutics.

How could your current projects transform drug development?

Although our focus is in oncology, the Affimer biotherapeutic platform has significant potential in addressing diseases by several other routes other than being given as an injection. For example, their small size and ease of production is ideal for topical delivery as you can deliver large amounts of the therapeutic directly to diseased tissue – into the lung or skin for example. The protein would need to be formulated to aid delivery, such as via a nebulising device to the lung, but we already know that we can engineer the scaffold to improve its performance if needed.