Non-alcoholic fatty liver disease (NAFLD), a consequence of sedentary life styles and high fat diets, has an estimated prevalence of about 30% in western countries. It is associated with insulin resistance, obesity, glucose intolerance and drug toxicity. Additionally, polymorphisms within genes such as PNPLA3, TM6SF2, APOC3, NCAN and PPP1R3B correlate with NAFLD. The disease can progress from the initial steatosis stage, characterised by abnormal fat deposits in the liver, to non-alcoholic steatohepatitis (NASH), cirrhosis and ultimately liver cancer. In general, steatosis is without complications though associated with an increased risk of heart attacks. Several studies have already investigated various stages of the disease. 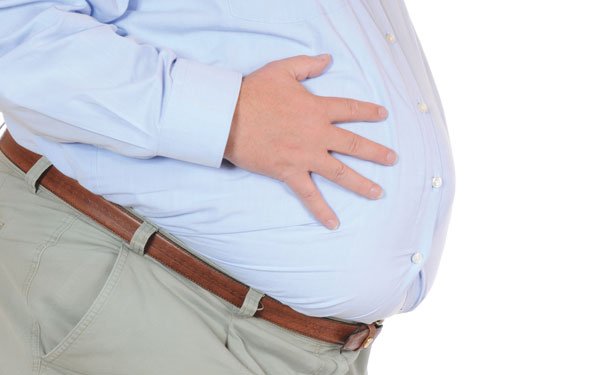 However, there is still a need for characterisation and stratification of distinct grades of the disease with the aim of identifying mechanisms underlying its etiology and progression. Our proposed strategies should aid in the identification of new biomarkers in addition to the currently described candidates derived from genome-wide association studies. New biomarkers might enable new diagnostic tests and serve as potential drug targets.

Epidemiological studies have revealed that the prevalence of NAFLD differs between countries as well as between populations within the same country. Therefore, the pathogenesis of NAFLD can be attributed to both environmental and genetic factors1 . As steatosis is caused by an imbalance between fatty acid uptake and release, hypercaloric diets and decreased physical activity constitute potential risk factors for developing NAFLD2 . Clinical hallmarks of steatosis are obesity, insulin resistance and dyslipidemia, hence implying NAFLD is the hepatic manifestation of a metabolic syndrome3.

The pathogenesis of NAFLD is described by a so called ‘two hit’ model. The ‘first hit’ is characterised by excessive fat accumulation within the liver, which is also referred to as steatosis and increases the vulnerability of hepatocytes to numerous distinct factors. In the ‘second hit’, factors such as oxidative stress and pro-inflammatory cytokines lead to hepatocellular injury and inflammation thus resulting in the progression to NASH and fibrosis4 . Referring to the findings that NAFLD does not always progress to NASH, more than 30% of morbidly obese patients may have NASH and only 12-25% have fibrosis5,6. Liver biopsies and imaging (for example, ultrasonography) are currently the only standards for diagnosis of NAFLD in the clinic7 , therefore bona fide predictive biomarkers will facilitate the diagnosis, stratification and treatment of NAFLD.

The reliability of biomarkers for NAFLD varies between different disease stages and as such there is an urgent need for more precise and predictive biomarkers. Briefly, in terms of sensitivity and specificity, only the hepatocyte apoptosis marker cytokeratin 18 (CK-18) for NASH and panel/algorithm tests for fibrosis such as FibroTest and Fibrometre show promising performance8. The potential clinical utility of non-invasive serum-based assays for these biomarkers might be to select patients who will benefit most from liver biopsies and thus sparing low-risk patients from these procedures, complication-prone that they are. Fibrosis tests might even compete with liver biopsy which, although considered the gold standard, can be subject to errors, e.g., sampling error.

Additionally, in a review on biomarkers, Miller et al. mention fatty acid binding protein (FABP) 4 and 5, monocyte chemo-attractant protein-1 (MCP1), peroxisome proliferator-activated receptor (PPAR)γ2 and interleukin 6 (IL6) as markers for NAFLD, while serum ferritin, c-reactive protein (CRP) and α2 macroglobulin, tumour necrosis factor (TNF)- and CC-chemokine ligand 2/monocyte chemo-attractant protein (CCL2/MCP) are described as markers for NASH8. For NAFLD-associated hepatocellular carcinoma (HCC), apolipoproteins and the CD5L antigen serve as markers. Several oxidative stress-related markers which are assumed to play major roles in the development of NASH have been associated with this stage of the disease, e.g., cytochrome P450 2E1 (CYP2E1) and down-regulation of superoxide dismutase (SOD), catalase and glutathione peroxidase (GSH-Px)9. Furthermore, microRNAs such as miR-122 or metabolites might also be able to serve as biomarkers for NAFLD10,11.

Besides the above mentioned biomarkers, several genetic variants have been associated with an individual’s risk of developing distinct grades of NAFLD12. Figure 1 (page 00) illustrates the inter-patient heterogeneity based on expression levels of these gene variants in the steatosis liver biopsy dataset described by Wruck et al.13. In this analysis, steatosis is stratified into ‘none’ (<5%), ‘low’ (5%-33%) and ‘high’ (>33%) as a simplification of Kleiner’s scoring scheme14. Inter-patient heterogeneity of expression levels impedes the ability of the proposed NAFLD-associated genes to highlight the disease state in a uniform and homogenous manner.

Nonetheless, specific gene variants such as the single nucleotide polymorphism I148M of the PNPLA3 gene can predict a higher risk of developing NAFLD in affected individuals15. Besides PNPLA3, several genome-wide association studies have reported polymorphisms associated with NAFLD in genes such as TM6SF2, APOC3, NCAN and PPP1R3B16,15,17. Here, an induced pluripotent stem cell (iPSC)-based approach using hepatocyte-like cells differentiated from patient-derived iPSCs may be helpful in determining the functional role of a specific genetic variant for the development and progression of the disease (Figure 2; page 00)18. Furthermore, this approach enables the segregation of genetic background effects from environmental factors. The implementation of a flexible in vitro disease model allows the testing of various genetic switches and metabolic challenges, e.g., rate-limiting genes of lipogenesis might be silenced and cells might be challenged with glucose or steatosis-inducing drugs. The results from these distinct disciplines can be amalgamated in order to elucidate the molecular pathways underlying NAFLD etiology and progression.

The search for new biomarkers of NAFLD has to account for the multiple factors involved in its pathology and thus involves finding a strategy to focus on the most relevant factors. A complete model of the disease would include multiple omics analyses of organs and tissues such as liver, muscle, adipose tissue, pancreas, intestine, brain and serum. However, a reasonable approach might focus on the liver, where the disease manifests itself, and on blood, which transports free fatty acids to and from the liver. As lipolysis in adipose tissue is responsible to a large extent in contributing to the total amount of lipids in the liver it should also be integrated19, although serum measurements will already account for fatty acids lysed in adipose tissue.

Donnelly et al. reported that of the triacylglycerols accounted for in liver, 59.0% ± 9.9% arose from non-esterified fatty acids, which mainly come from adipose tissue; 26.1% ± 6.7% from de novo lipogenesis, and 14.9% ± 7.0% from diet20. The strategy of dual study of liver and adipose tissue was pursued by Du Plessis et al.21. Ideally, a NAFLD study should be based on a systemic investigation of the disease, taking into account the multiple stakeholder-omics: transcriptome, proteome, lipidome, secretome, epigenome and metabolome – an approach aimed at in our study as shown in Figure 213.

Figure 3 (page 00) demonstrates how phenotypic differences in liver biopsies can be used to classify disease severity which is then further characterised on transcriptomics levels. In addition, iPSC-based models enable reproducible multi- omics experiments based on hepatocyte- and adipocyte like cells derived from the same genetic background (Figure 2)22.

The known biomarkers and genetic variants associated with NAFLD and NASH lack ‘power’ in stratifying distinct stages of disease progression. Undoubtedly, new biomarkers and drug targets are needed – only then can serum-based diagnostic tests be reliable in predicting distinct stages of NAFLD. Promising strategies for identifying new biomarkers have recently been proposed; these embrace multi-omics measurements and systems biology-based analyses of serum samples and liver biopsy-derived transcriptomes or even patient-specific iPSC-derived hepatocyte-like cells, which can be the basis for drug screening and toxicology studies. These analyses should be pursued in larger patient cohorts to enable a better understanding of the mechanisms underlying disease progression from NAFLD to NASH, cirrhosis, and HCC. To summarise, attempts should be aimed at identifying bona fide non-invasive derived biomarkers urgently needed for the development of early diagnostic tools and effective drugs against this catastrophic epidemic.

Disclosure statement: The authors of this manuscript have nothing to declare.

Professor Dr. James Affram Adjaye has a BSc (Honours) degree in Biochemistry from University College of Cardiff, Wales, and an MSc in Biochemistry from the University of Sussex, Brighton. He has a PhD in Biochemistry from King’s College, London. Professor Adjaye was head of the Molecular Embryology and Aging group at the Max Planck Institute for Molecular Genetics, Berlin, Germany. He is now Director of the Institute for Stem Cell Research and Regenerative Medicine within the Faculty of Medicine at the Heinrich-Heine-University, Düsseldorf, Germany. He is involved in systems biology-based projects both at the national and international level where iPSCs are used to model Alzheimer’s disease and non-alcoholic fatty liver disease (NAFLD).

Mr Wasco Wruck has diplomas in both computer science and architecture from Technische Univerität Berlin, Germany. He worked as a Software Developer with Siemens AG and BULL AG before joining the Max-Planck-Institute for Molecular Genetics in Berlin. There he worked as a Bioinformatician on microarray-based image analysis, application development and to evaluate various types of high-throughput genomics experiments. He then worked on a European systems biology research project at Charité Universitätsmedizin Berlin and was elected chair of the ERASysBio+ initiative’s data management group. He currently works at the Institute for Stem Cell Research and Regenerative Medicine at Heinrich-Heine-University Düsseldorf.

Dr. Nina Graffmann has a BSc and an MSc degree in Biochemistry from Heinrich-Heine University, Düsseldorf. She obtained her PhD in Düsseldorf investigating epigenetic changes during ageing. She now works as a Postdoctoral Fellow at the Institute for Stem Cell Research and Regenerative Medicine at Heinrich-Heine-University Düsseldorf and investigates non-alcoholic fatty liver disease using patient iPSC-derived hepatocyte-like cells as an in vitro model.

Marie-Ann Kawala obtained her BSc in Biology at the Ruhr-University Bochum and started her MSc Course in 2013. She performed her Master’s thesis at the Institute of Stem Cell Research and Regenerative Medicine (ISRM) of Prof. Dr. James A. Adjaye by examining liver related diseases. In 2016 she continued her work at the department and started her PhD program.