Cystic fibrosis microbes able to survive on little to no oxygen

CF microbes are able to survive in saliva and mucus that is chemically heterogeneous, including significant portions that are largely devoid of oxygen… 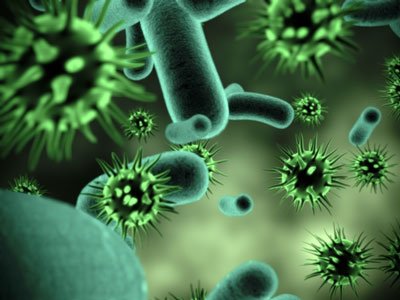 Microbes contributing to cystic fibrosis (CF) are able to survive in saliva and mucus that is chemically heterogeneous, including significant portions that are largely devoid of oxygen, according to a new study.

The study, which evaluated sputum samples from 22 paediatric CF patients, found that the microbiologic environment can differ between patients, and even within the same patient at different points in time. Researchers also noted that a number of samples contained the gas hydrogen sulphide, a form of sulphur that reacts with and removes oxygen from the environment. Patients who had detectable hydrogen sulphide in their sputum tended to have less severe disease symptoms.

The findings shed a light on the conditions under which CF microbes can survive, said Dianne K. Newman, PhD, professor of biology and geobiology at the California Institute of Technology, Pasadena, California.

“The diversity and adaptation of disease-causing microorganisms within the CF lung environment, in part, is what renders CF infections so difficult to eradicate,” Newman said. “Few studies have attempted to characterise the chemistry of mucus collecting in CF airways, yet such measurements are essential if we are to understand how microorganisms survive in the lung and impact the microenvironment.”

For the study, researchers employed microsensors to measure high-resolution profiles of the oxygen and sulphide levels of 48 fresh sputum samples from 22 paediatric CF patients. They also looked at the samples’ chemistry and their oxidation-reduction potential, a measurement of an environment’s tendency to give or receive electrons. They found that the samples had just a very thin layer of oxygen at the surface, but the bulk of the samples were depleted of oxygen.

Of the samples profiled, 32 also were cultured for dominant CF disease-causing microorganisms. Thirteen samples harboured Pseudomonas aeruginosa, 12 had Staphylococcus aureus, five were positive for both and two had neither.

“We found oxygen only at the very narrow interface between the air and samples,” said Wiebke Ziebis, PhD, associate professor of biological sciences at the University of Southern California in Los Angeles. “It’s not only a stratified environment, with different microbial communities at different depths of the sputum, but also temporarily dynamic – there were differences not only between patients but also at different time points for the same patients.”

Cystic fibrosis, which affects about 70,000 individuals worldwide, is a genetic disorder that affects the cells that produce mucus, sweat and digestive juices. These secretions are normally thin, but because of a defective gene, in CF they become thick and sticky. People living with CF are susceptible to chronic lung infection because of their inability to clear thickened mucus from the airways.

Further study is needed to determine whether particular metabolic fingerprints correlate with disease progression and, if so, which treatments would be most effective under these conditions, the authors said. “A greater diversity of metabolic survival strategies need to be considered and understood, including ones that operate solely under no-oxygen conditions, because that represents an important reservoir within this habitat,” Newman said.

The study findings are published in mBio.