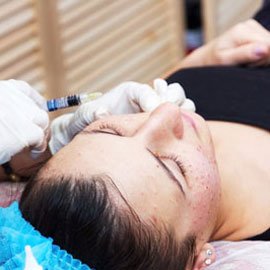 With the rise in the number of clinics that are offering autologous stem cells therapies for conditions ranging from autism and Parkinson’s disease to obesity and even to halt ageing in the form of ‘stem cell facials’, it would be easy to believe that the stem cells field has really come a long way, but it is important to realise that research into stem cells is not as advanced as the public are led to believe.

One website I explored, for a clinic in Switzerland, touts that over 60 diseases can be treated by injecting one’s own healthy cells into diseased tissue. Most clinics like these operate in the US, but they are dispersed throughout the western world. These treatments are still, as of yet, unproven (they have not entered clinical trials and so lack safety and efficacy data) but, not being medicinal products, they remain unregulated, as do the practitioners who administer them. Yet patients who are desperate for cures pay thousands of pounds at these clinics, despite the risks. In 2012, an American patient whose stem cell cosmetic treatment went wrong ended up with bone fragments growing in her eyelids. There have also been reports of tumours developing following treatment at clinics, and in the worst cases, experimental stem cell therapies can lead to death.

While I was at the International Society for Stem Cells Research (ISSCR) conference in Stockholm last week, an ongoing investigation against a surgeon who had transplanted ‘stem cell tracheas’ (artificial polymer scaffolds with stem cells seeded onto them) into patients with damaged wind pipes was discussed during a press briefing. The tabloids heralded the implants as a major breakthrough when Professor Paulo Macchiarini from Italy first carried out the surgery at the Karolinska Institute in Stockholm in July 2011, but in 2013, the newspapers had changed their tune, as the deaths of some of his patients prompted an investigation into his alleged failure to accurately disclose the conditions of certain patients. While the jury is still out on whether or not he is guilty of scientific misconduct, what this case demonstrates is that patients can and do die from stem cells procedures.

It also highlights the importance of accurate dissemination of stem cells research. Patients are perhaps more willing to take risks based on their perception, perpetuated by the mainstream press, that stem cells hold promise for numerous diseases. Headlines make it seem like therapies are at much later stages of development than they actually are. To name but one example of this, last year it was reported that tennis player Rafael Nadal was having stem cell treatment on his back. Clinics can leverage the media-driven hype to make their fortunes. But the risk is that the stem cells field will lose its legitimacy. When reports of injury or death from unproven stem cells therapies arise, the public’s trust in stem cells starts to wane.

However, there is an argument that over-regulation can hold back potential life-saving therapies. Indeed, conditions for the approval of autologous stem cell treatments are extremely strict and this can act as a barrier to innovation. And what if, occasionally, some important breakthroughs materialise via more unconventional routes? Take haematopoietic cell transplantation, which is used to treat blood cancers. This is the only routine stem cell therapy that is actually approved. The founder of the allogenic peripheral blood stem cell transplant, Dr Christopher Juttner, believes that if cellular therapies were prevented from being clinically tested by physicians (rather than going via the usual clinical trial route), his blood stem cell treatment would not have been developed.

What is clear to me is that refining the regulation of the clinics that advertise stem cells therapies to ensure that they are not exaggerating and that they are transparent in providing information is what is important here. I was pleased, at ISSCR, to learn of a new initiative that has been designed to engage the public with the reality that ‘complex conditions require complex treatments’ and essentially to help bust the myths that are portrayed in the news. The initiative takes the form of a website entitled ‘A Closer Look at Stem Cells’ and is intended to arm the public with an understanding of exactly how far the stem cells field has progressed in terms of both its potential and its limitations. This is exactly what patients need in order to make informed choices.